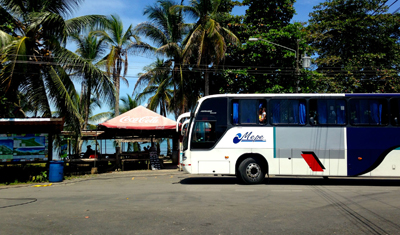 Buses for Puerto Viejo and Congo Bongo Manzanillo leave from the Terminal de Buses de San Carlos in San Jose. The bus company that drives there called Transportes Mepe and their ticket office is at the end of the terminal.

MEPE bus schedule* to the Caribbean:

MEPE bus schedule* from the Caribbean:

(* All times approximate. Subject to change. Confirm schedules with MEPE.)